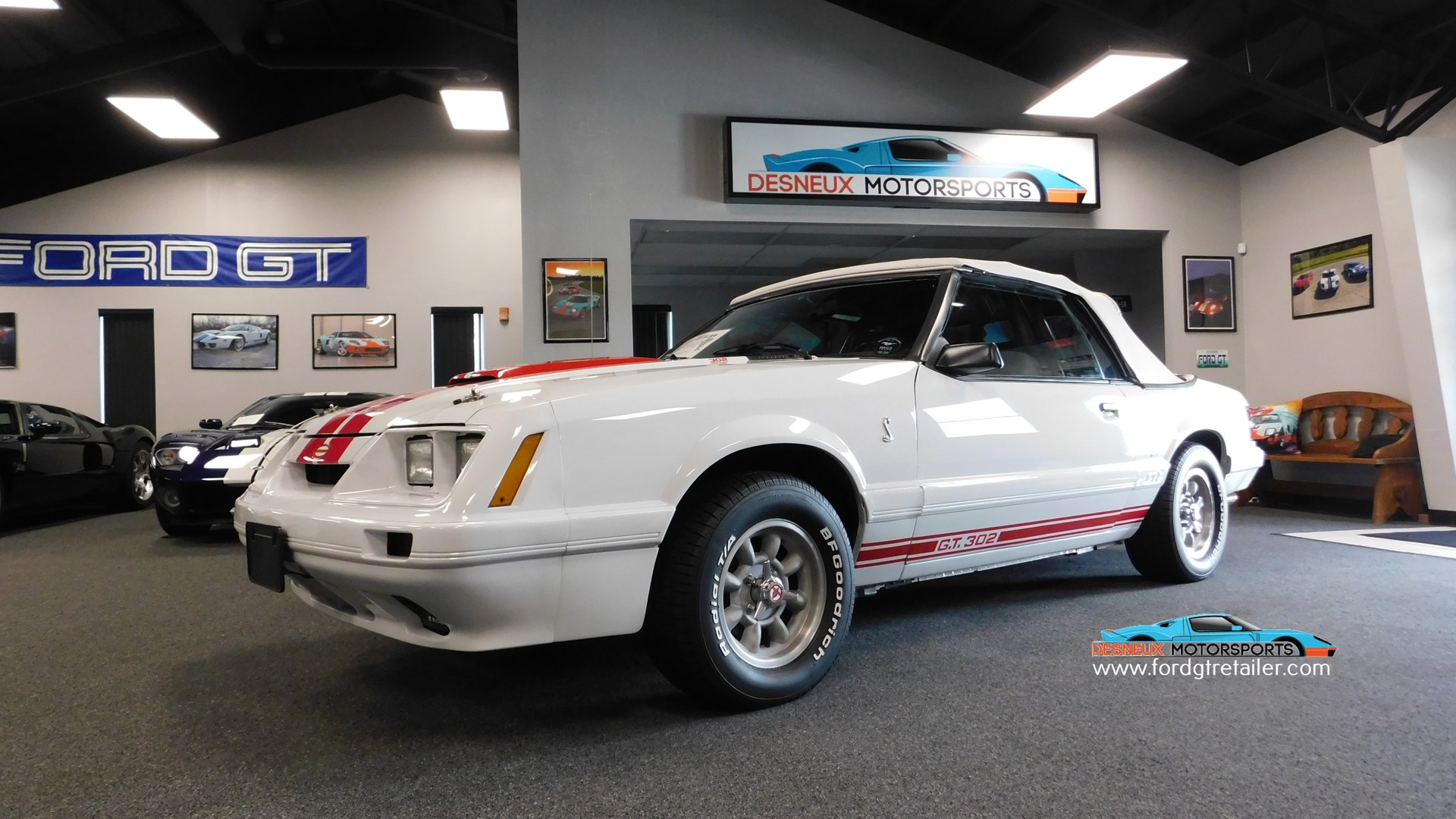 The Predator Mustang is one of RAREST MUSTANGS OF ALL TIME! Tom Solomon, well known designer involved with the creation of the original Shelby and Cobra Mustangs, is the mastermind behind the extremely rare Predator Mustang. From 1983 to 1986, Solomon America produced less than 300 Predators total and sold the Predator Mustang through very select dealers in the United States.

Desneux Motorsports is extremely proud to offer this Predator that has an incredibly rich and unique history. The Predator you see here is ONE OF 12 convertibles built in 1985 but to make it even rarer, this car started as a Twister II Mustang. This Mustang was originally ordered new by Rusty Eck Ford in Wichita, KS before being purchased new and converted to a Predator GT-302 by Solomon America in Topeka, KS. From there, the care was sold by Kribs Ford in St. Louis, MO. Car shows 30k miles but due to age is mileage exempt.

This car is listed in the Twister II registry and was confirmed by Terry Frits who ran the registry. As a Twister II, it is ONE of 90 produced in 1985 to celebrate the 15th anniversary of the original Twister cars built by Ford in 1970. Of the 90 cars built, this is ONE of 6 white convertibles. Of those 6 convertibles, is is 1 of 3 carburetor cars with a 5 speed.

This Mustang is also listed in the Predator registry and has been confirmed by Orlando Haywood who runs the registry. It is Predator number 5S-149 (49th produced). In 1985, there were 135 Predators produced and only 9 with the red stripe package. This convertible is 1 of 12 of the Predator convertibles built that year. As a GT-302 (non R model), it is 1 OF ONLY 6 convertibles! There have only been 8 Predator/Twister II's confirmed.Only 7 were convertibles, and of the 7, only 6 were white. Only 3 of the 6 white convertibles were carbureted. This car is confirmed a 1 of 1 of the 3 convertibles that is white, with a 5.0 carburetor and a 5 speed manual transmission done in the GT-302 trim with red stripes

According to the the Official 20th Anniversary Mustang Website and Registry, this car is #6 RAREST MUSTANG EVER CREATED. The odometer reads 30,655 miles but due to age, this is mileage exempt. This Predator is offered in a beautiful and sleek Oxford White with Red Stripes and a white soft top and comes in grey interior. As a Predator, this Mustang has a 302 V8 Hi-Performance Engine with a 5 speed manual transmission. It also has GT302 alloy wheels, a roll bar and the stripe/decal package.

You have the opportunity to have a part of history and own one of the rarest fully documented Mustangs ever created! Car comes with all paperwork and documentation from new providing the rare history of this car. For more information or inquiries, please call Chris at 816-365-6010 or Hillary at 816-977-4359 for more details. 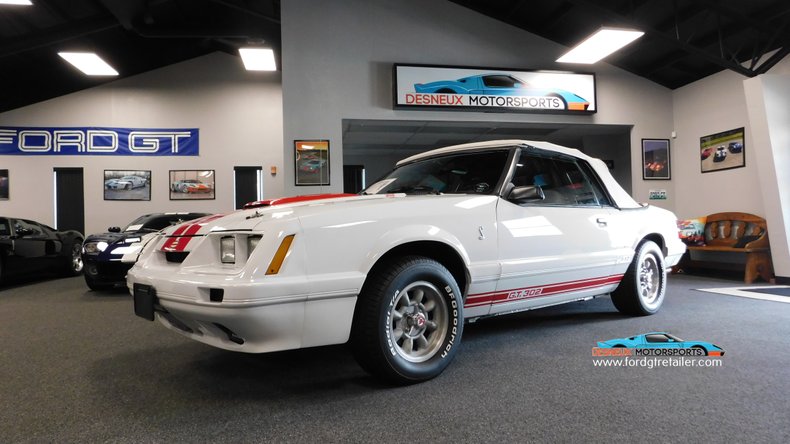